X, Y, and Z aren’t simply letters of the alphabet anymore. They are now also the symbols for a range of generations — ones that marketers need to have a good understanding of. Beyond that, knowing the preferences, buying habits, and even the slang these age groups use will help marketers better target these audiences.

Before you can begin to craft campaigns for each of these groups, you need to know who they are — and that means starting with their age range:

Not only do these groups have different ages, but they also require distinct brand engagements before they make purchases and build loyalty. You probably wouldn’t target Baby Boomers with an Instagram post or send a mailer to Gen Alpha, for example.

A successful marketing campaign will be based around the specific group it’s intended for, and to do that, you need to know who they are and what they want. Here’s a brief overview of what the main generational groups do and don’t like:

To get an even better idea of who the people are in each generational marketing group, let’s next analyze the way they talk. Because even if they all have the same native tongue, what they say can be completely different.

Nothing makes you feel old like hearing young people say a word that you’ve never heard. Take “cheugy,” for example. For those not in on this new terminology, cheugy means something that’s off-trend or basic — especially millennial fashion. It’s become a hot topic on platforms like TikTok with users pointing out things that are cheugy, like pumpkin spice lattes, skinny jeans, and graphic Ts.

If this generation is your targeted audience, your marketing campaigns should use the same type of conversational language this group uses — and also, not be cheugy. Conversely, if you want to target older consumers, using a phrase known mainly by that generation might bring back fond memories of the past and show them your brand knows them and what they like, which could be the beginnings of a lasting customer-brand relationship.

Each generation has terms, phrases, and sayings unique to them, so you need to speak the language of whoever your campaign is trying to reach. Probably the only thing worse than not speaking their language is attempting to and failing — and hearing the resounding, “no one says that anymore” from your younger audience.

Who they listen to

Think back a few decades about the top influencers. They were different politicians, actors, musicians, and other famous faces who were in the spotlight. That’s mainly because we relied on TV, radio, and movies to see and hear from these people. And back then, you probably didn’t refer to them as “influencers” either.

Now, the people having the largest impact have shifted to ones found online. Yes, musicians, actors, and athletes still have influence — Cristiano Ronaldo, Justin Bieber, Ariana Grande, and Selena Gomez still hold the top spots on social media. But the ones with the most influence are the celebs who use their social media platforms to get their messages across. That shouldn’t come as a surprise because people in Gen Z or younger have never known life without the Internet.

We’ve also begun to see a shift from the traditional celebrity to other types of influencers, like the Kardashians/Jenners or ones from TikTok and Instagram. For example, Kylie Jenner makes just under $1 million per Instagram post. This shift shows how important an online presence is for consumers, especially younger ones. So, if your brand isn’t making its presence known there, you’re going to miss out on a huge chunk of the population.

What each generation likes, the verbiage they use, and what emerging channels they turn to will continue to change — and so must your marketing practices if they are to stay relevant and engaging. Here are just a few of the ways to keep your marketing campaigns aligned with your targeted audience:

Of course, there is more to a person than their age. But, using what generation a person falls into as a starting point for building a personalized, engaging, targeted message is a great place for brands to start. 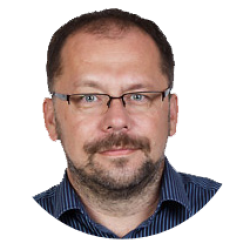