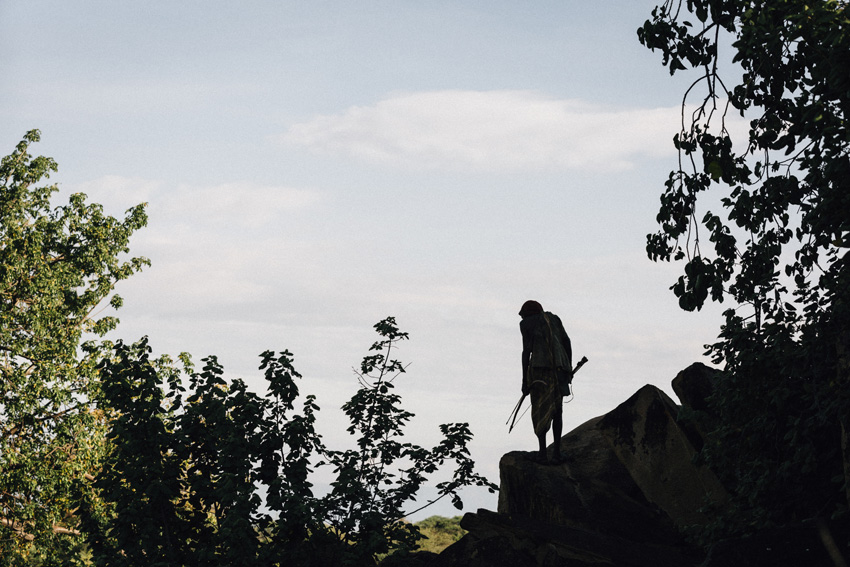 ___________________________
Earlier this year I was sent to Tanzania by Vanity Fair; the assignment was to photograph a disappearing tribe called the Hadza, one of last remaining hunter gather tribes in that part of Africa. They can be traced back over 10,000 years to the ‘cradle of mankind’, the Great Rift Valley, not far from where they currently reside.
The tribe themselves own few if any material possessions and they tend to avoid building any form of permanent dwellings. They hunt only what they can eat, and forage food rather than cultivate crops. The men hunt with bow and poison tipped arrows, which they from from the sap of the desert rose. The women tend to forage for tuba roots. Both are constantly on the look out for honey which they eat or sell to buy Marijuana, another one of their pastimes. Everything within the tribe is shared, a kill by a member of the tribe is shared with any others in the area that require food. The structure of the tribe and society, along with their way of life and diet, have made them of great interest to anthropologists around the world. There is a lot to be learned from them.
As a tribe however, they tend to avoid conflict, both within the confines of the tribe and against other outside tribes. This has meant that when their land is encroached upon by local pastoral tribes, the Hadza have gathered their things and moved on – meaning they are left with a shrinking parcel of land. The dominance of the watering holes by surrounding tribes (needed for their cattle) means that wildlife is becoming scarce in the area where the Hadza live and therefore they have less wildlife to hunt. Their way of life is threatened, currently there are only around 1000 of the Hadza left in Tanzania.
You can see the full edit on the website here
___________________________ 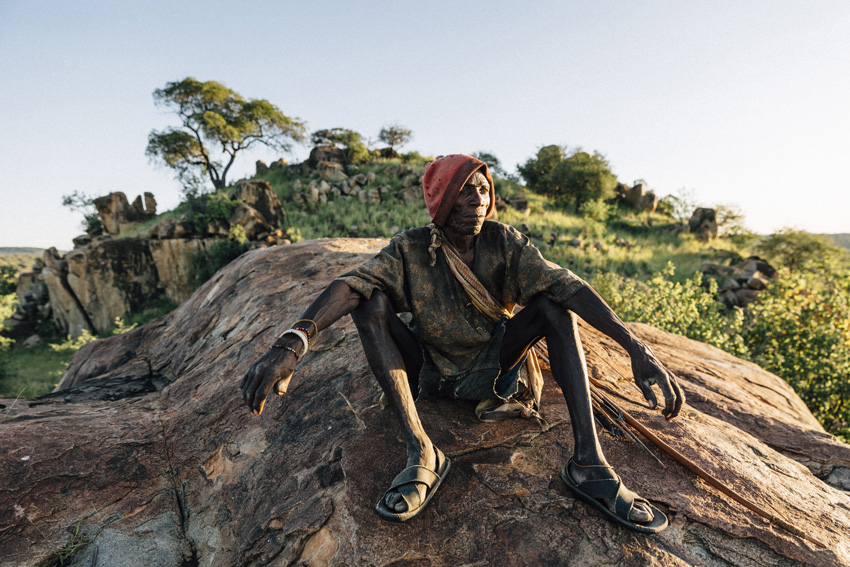 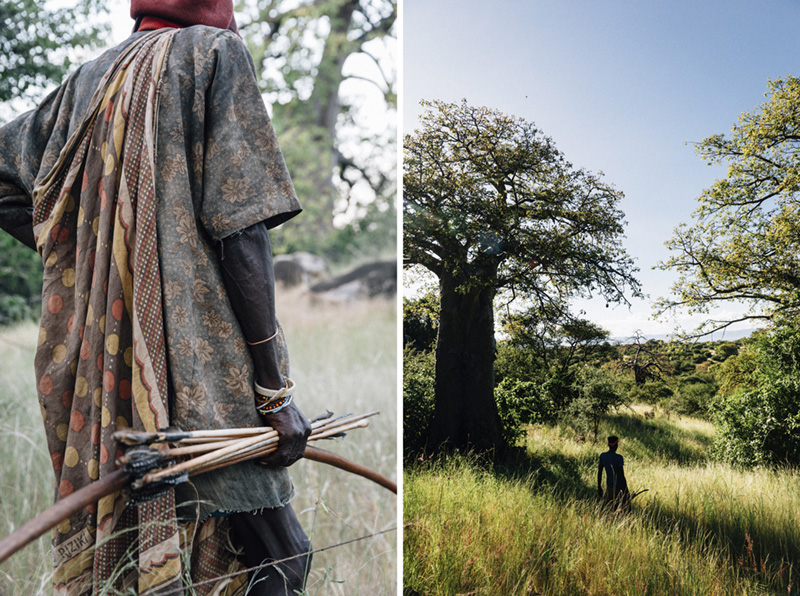 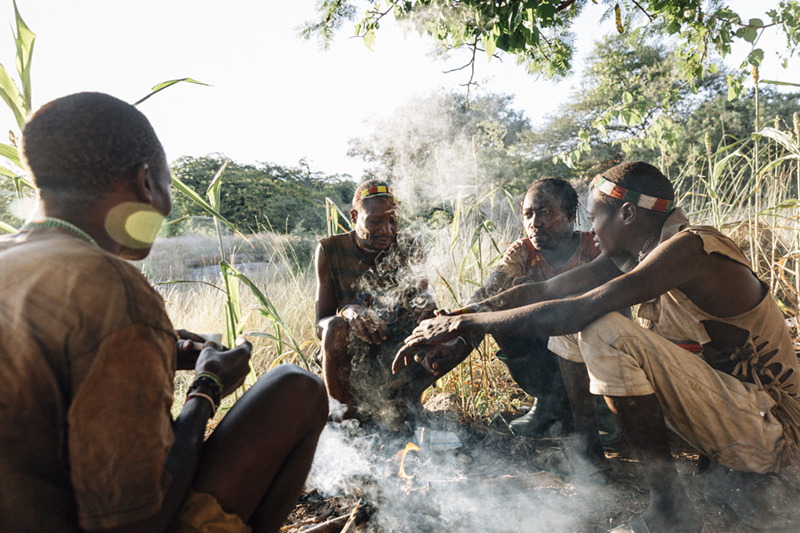 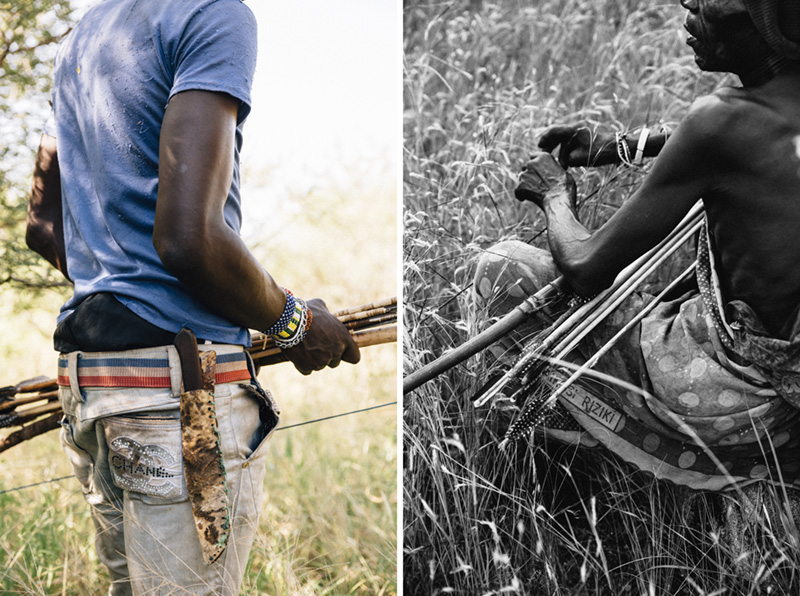 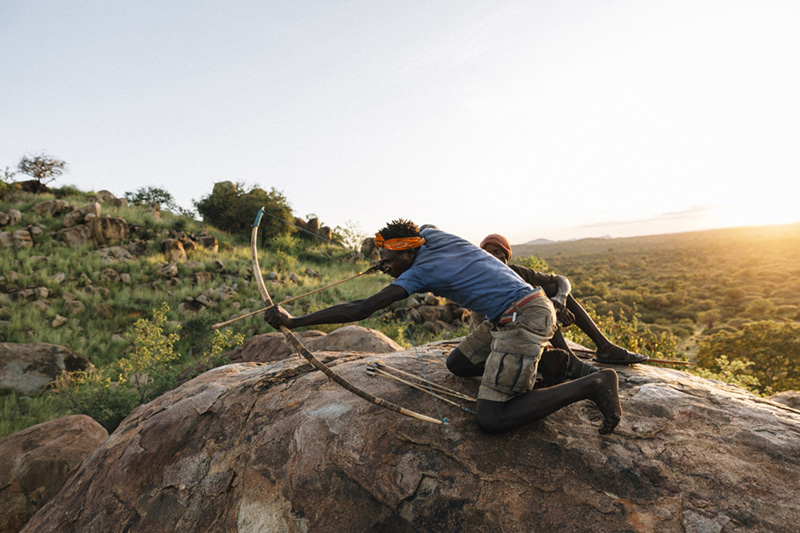 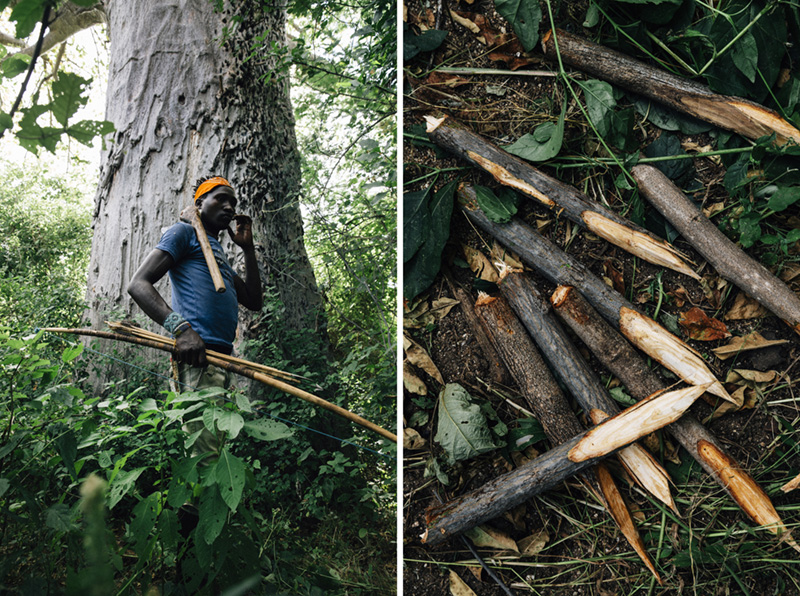 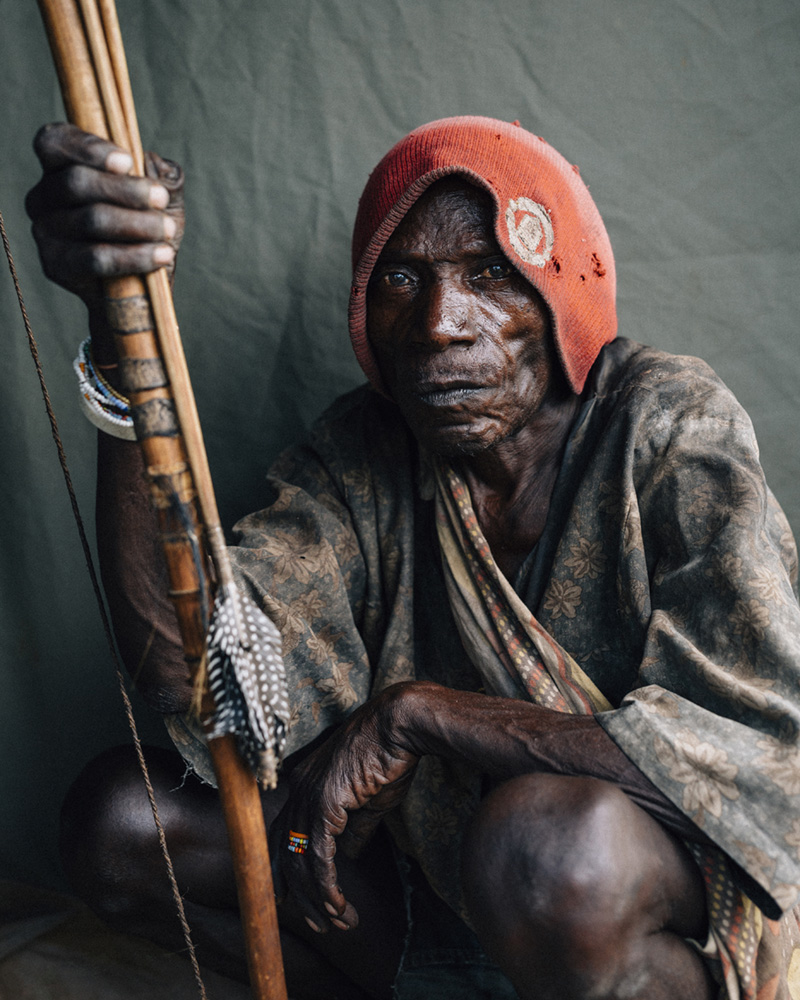 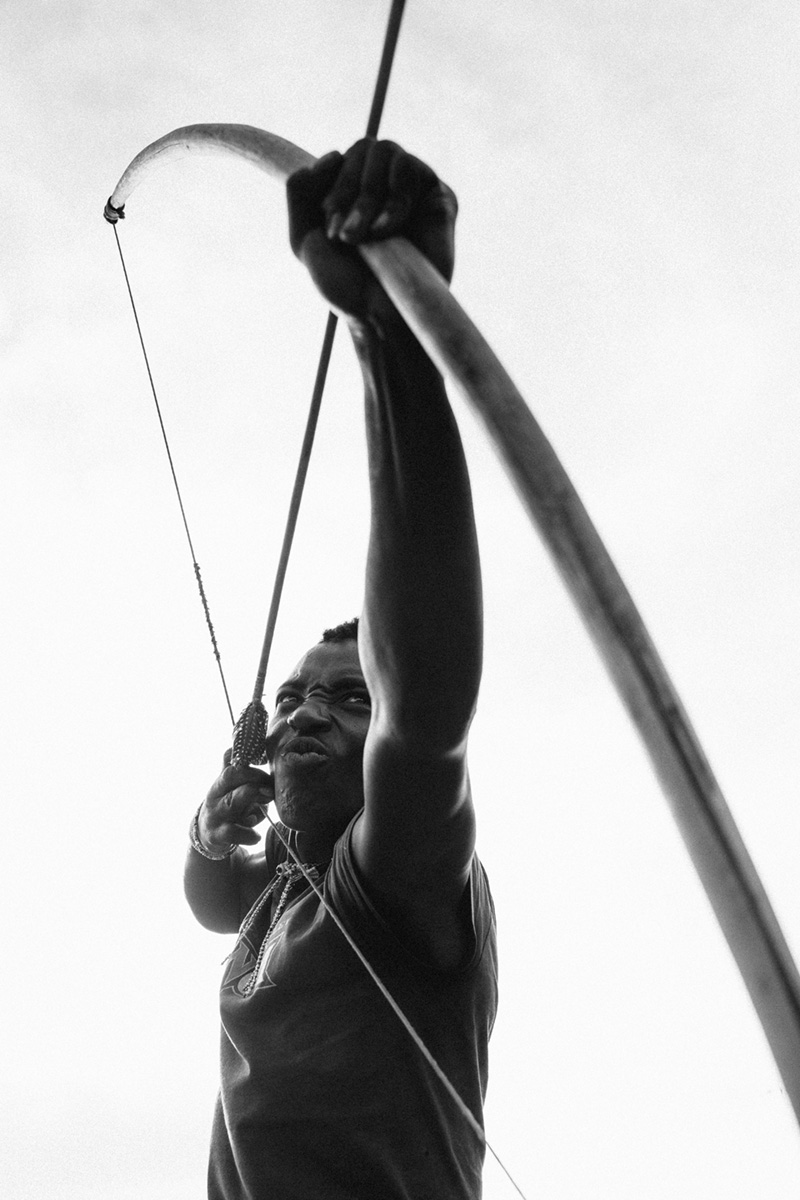 How the article ran below 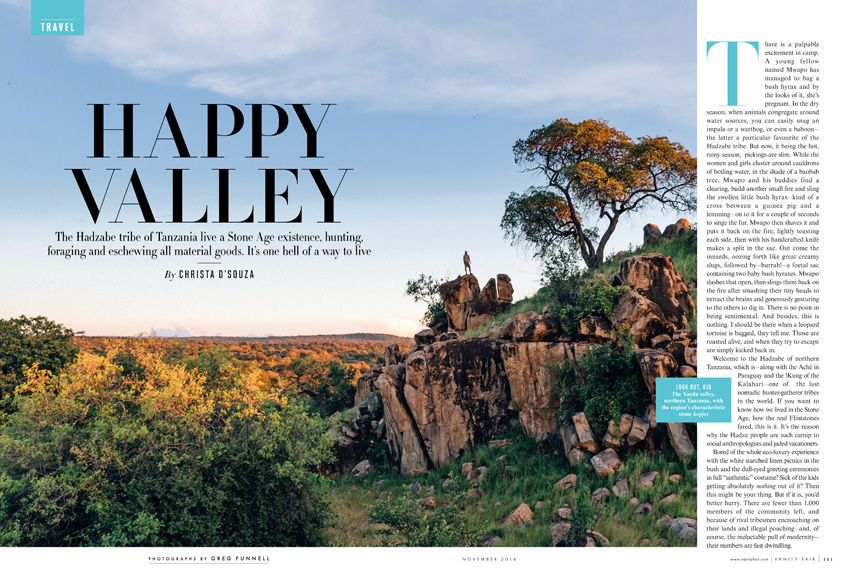 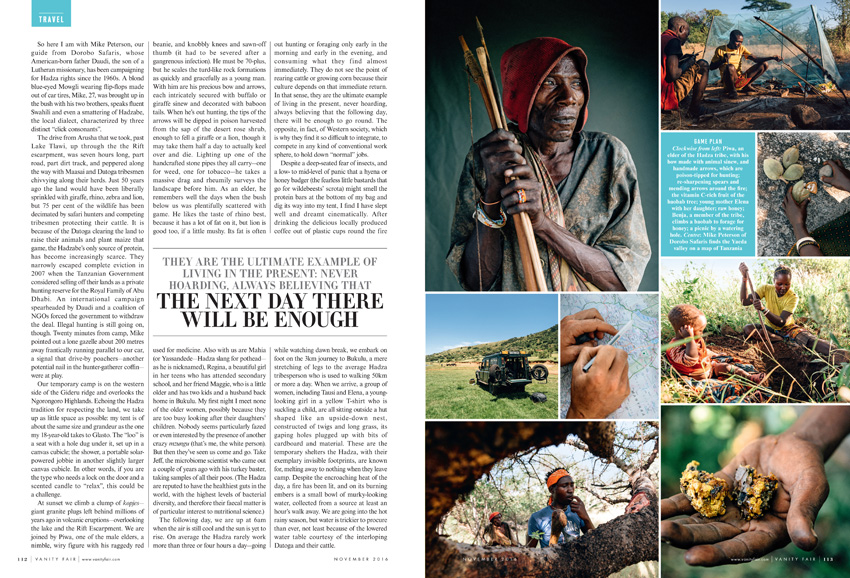 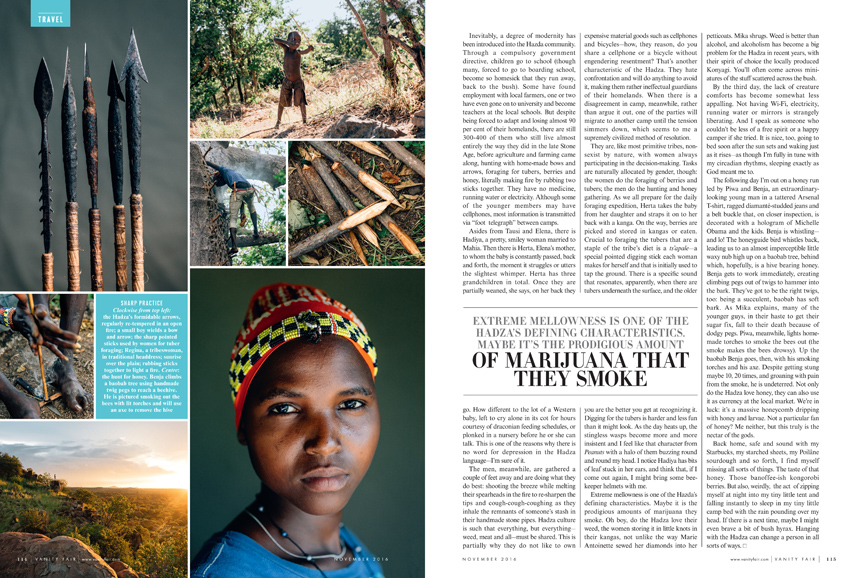 A little behind the scenes shot 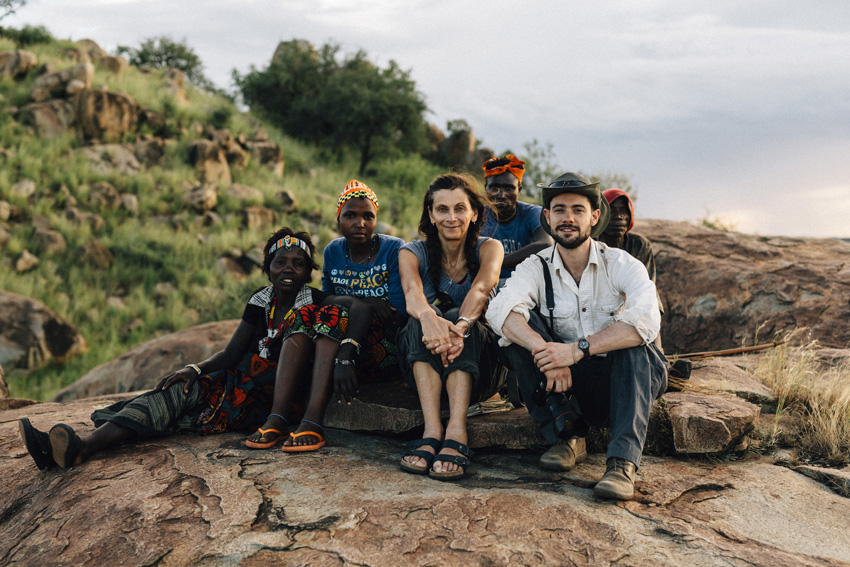