END_OF_DOCUMENT_TOKEN_TO_BE_REPLACED

This month on our Podcast (Episodes) We Loved (and that we think marketers should give a listen to) – from this passing month of December – we bring you 12 episodes because… well, cause it’s the 12th month of the year. How’s that as an excuse?

No, really, it’s because there was too much great content to choose from, and I just couldn’t narrow it down further – after leaving out many great conversations.

I did try to stay away from all the year-end summaries as much as I could, though. Because I didn’t want a random date change take the place of actual, quality content.

(all episode descriptions below are the original show’s text)

(links are to Google Podcasts)

1. Is it Too Late for General Motors to Go Electric?(49 mins)

G.M. produces more than 20 times as many cars as Tesla, but Tesla is worth nearly 10 times as much. Mary Barra, the C.E.O. of G.M., is trying to fix that. We speak with her about the race toward an electrified (and autonomous) future, China and Trump, and what it’s like to be the “fifth-most powerful woman in the world.”

2. How to foster true diversity and inclusion at work (23 mins)

When companies think of diversity and inclusion, they too often focus on meeting metrics instead of building relationships with people of diverse backgrounds, says Starbucks COO Rosalind G. Brewer. In this personable and wide-ranging conversation with TED current affairs curator Whitney Pennington Rodgers, Brewer invites leaders to rethink what it takes to create a truly inclusive workplace — and lays out how to bring real, grassroots change to boardrooms and communities alike.

3. Mariah Carey on the Rise of Her Christmas Anthem (21 mins)

Mariah Carey released “All I Want for Christmas Is You” 26 years ago to moderate success. Today, the song is a megahit and Christmas playlist staple. What happened? WSJ’s John Jurgensen called up the “Queen of Christmas” to find out.

Nick and Robert head to the world’s largest Christmas tree auction with $1,000 and a truck. And get schooled in the tree market.

5. A look at the state of retail, as holiday shopping wraps up (27 mins)

Retail sales fell a bit more than 1% in November, which matters because that most likely includes the first wave of holiday shopping. And now that we’ve passed a lot of retailers’ holiday shipping deadlines, sales are likely to slow further. On today’s show: how the pandemic is affecting retailers and consumers alike. Plus, what the SolarWinds hack could mean for the U.S. economy and why fewer Americans are moving this year.

6. The solution to clothing’s sustainability problem with Patagonia’s CEO (39 mins)

Last episode, we got a deeper understanding of fast fashion’s unfathomably negative impacts on the environment and supply chains across the globe. That was step 1—identifying the problem.

In this episode, we get step 2—understanding what we can do about it. I’m bringing in Patagonia CEO Ryan Gellert to speak about his experience leading a company steadfastly committed to environmental stewardship and worker protections…and still making money.

Because despite what fast fashion empires might suggest, there is a role for business to play in mitigating the negative impacts of consumerism. Don’t miss this one.

7. Facebook vs. Apple, Robinhood reckoning, and a prediction for Zoom (67 mins)

Kara and Scott talk about Facebook’s ad campaign going after Apple as both companies face antitrust lawsuits. They also discuss the Massachusetts Secretary of the Commonwealth filing a complaint against Robinhood. In listener mail, we get a question about whether podcasters will go behind paywalls. Scott has a prediction for Zoom

8. What Corporate America Can Learn From Coke’s Reckoning With Race (23 mins)

Two decades ago, black employees sued Coca-Cola for racial discrimination. The company pledged to turn things around — and it did. WSJ’s Jennifer Maloney and Lauren Weber explain how Coke successfully transformed itself into a more equitable company…and how it failed to stay that way.

When the photo-sharing app Instagram started to grow in popularity in the 2010s, the chief executive of Facebook, Mark Zuckerberg, had two options: build something comparable or buy it out. He opted for the latter.

The subsequent $1 billion deal is central to a case being brought against Facebook by the federal government and 48 attorneys general. They want to see the social network broken up.

Will they succeed? On today’s episode, we look at one of the biggest cases to hit Silicon Valley in decades.

Alogpix is the only place to understand eCommerce market share, pricing, and promotions of your competitors and category in real-time

In the second of our five-part series, “You, Me, and Covid-19,” musicians explain how they got creative when live shows and tours were canceled.

With the COVID-19 relief bill still in limbo, we talk about how people working from home are attempting to take care of their mental health. It hasn’t been easy. Also, the travel industry is hurting, even during the holidays. Then we look at how a Black-owned puzzle company has managed to piece together success as a small business during the pandemic.

ICYM our past Podcasts We Loved

END_OF_DOCUMENT_TOKEN_TO_BE_REPLACED

WEBINARJAM STUDIO Review & Discount-Link: WebinarJam Studio Review: 2-3 month ago I had a chance to try out … source

END_OF_DOCUMENT_TOKEN_TO_BE_REPLACED

Introduction Exhibition is a creative Multiconcept Event & Conference PSD Template. You can use it for all event & conference

END_OF_DOCUMENT_TOKEN_TO_BE_REPLACED

Imagine the scene: You’re working on a project where the intention is to follow an agile approach.

END_OF_DOCUMENT_TOKEN_TO_BE_REPLACED

I’m pleased to announce that I am now represented by Tea & Water Pictures in New York, London and Beijing. They are an exciting agency that have a some great production experience and a team with really diverse but complimentary backgrounds, so I’m excited to see what we can achieve together over the next few years! 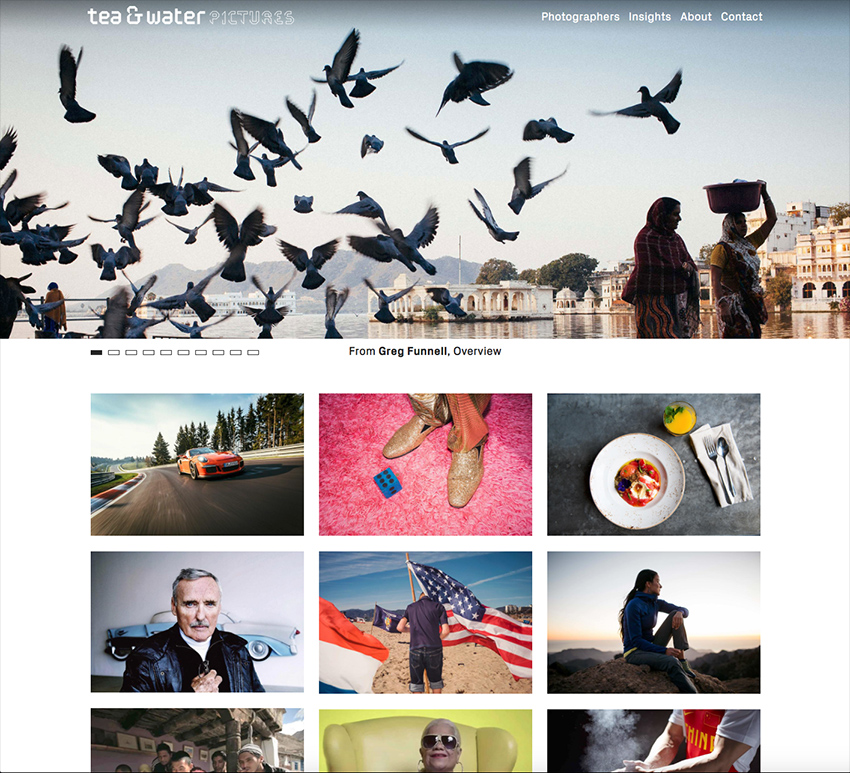 They’ve also done a little interview with me which, if you’re interested, you can read here 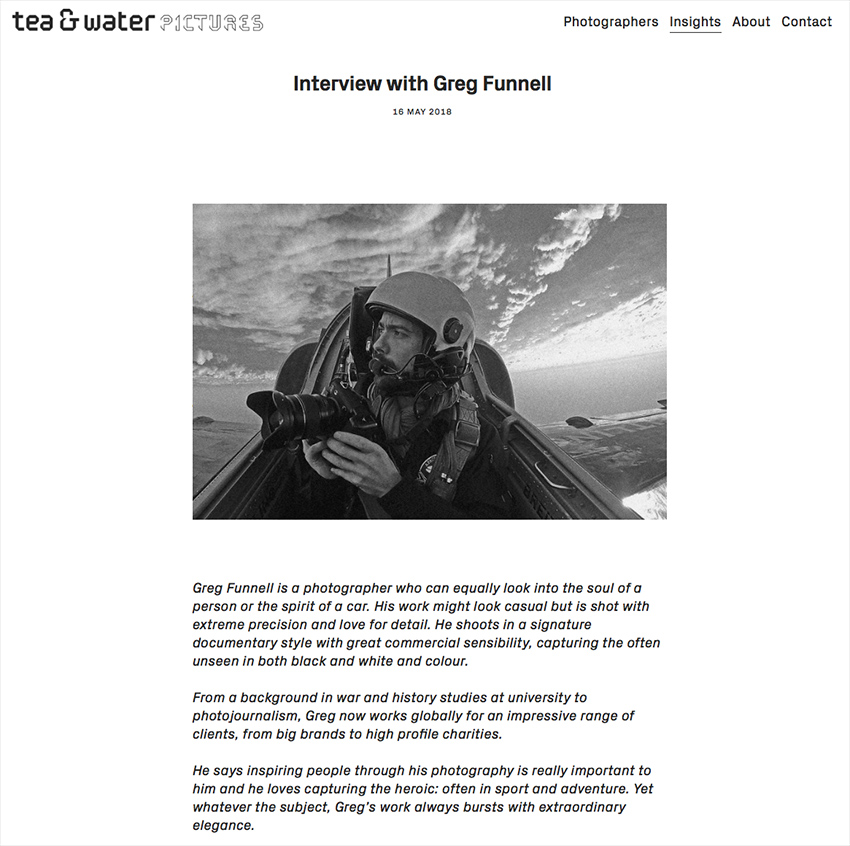 END_OF_DOCUMENT_TOKEN_TO_BE_REPLACED

I’m pleased to announce that I am now represented by Tea & Water Pictures in New York, London and Beijing. They are an exciting agency that have a some great production experience and a team with really diverse but complimentary backgrounds, so I’m excited to see what we can achieve together over the next few years!

They’ve also done a little interview with me which, if you’re interested, you can read here

END_OF_DOCUMENT_TOKEN_TO_BE_REPLACED

Have you thought about X? What about if Y happens? Are you sure that approach will solve Z?